If you experience any difficulty in accessing any part of this website, please feel free to call us at (714) 997-5961 or email us at info@humphriesortho.com and we will work with you to provide the information or service you seek through an alternate communication method that is accessible for you consistent with applicable law (for example, through telephone support). 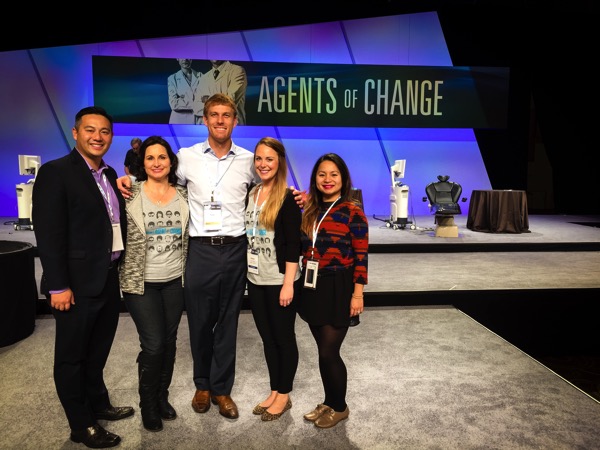 Every two years Align Technologies, parent company of Invisalign, hosts a three day conference to educate doctors on the state of the art of their clear aligner appliance. Prior to this year’s event, Align Technologies identified Humphries Orthodontics as one of four offices in North America that consistently produced the fastest 3D intraoral scan times with the iTero scanner. As such, our very own Aileen Maffei was asked to compete in the Iron Records challenge on stage at the Invisalign Summit in front of more than 2500 people.

We are especially proud of Aileen and her effort during the competition. As an office we are so proud to have been involved. Thank you to Daniel, our territory Invisalign sales rep (pictured above), David Rodriguez, and the rest of Align Technologies for allowing us to participate in the 2014 Iron Records competition. Congratulations Aileen!

This entry was posted in News, by Sage M. Humphries, D.D.S., M.S. . Bookmark the permalink